We have asked the Lego Community: Which has been your favorit Lego set of the year? AFOLs from around the world gave us the anwser: Kwik-E-Mart, Ferrari F40 and some surprises! Best of 2015 – Part 1.

We asked the Lego community: Which has been your favorite Lego set of the year – and why? Here are their answers: Best of 2015, part 1!

Jamie Berard is Design Specialist for LEGO Creator Expert. It has been such a great experience, to talk with Jamie about his creations and ideas at the Skærbæk Fan Weekend 2015.

In the middle: Jamie Berard (Chief Designer Creator Expert) and next to him John Ho (Creator) | © Andres Lehmann

„I especially enjoyed building the ‚Blue Technic Crawler Crane‘ (42042) and the Hulk-Buster sets (‚The Hulk Buster Smash‘, 76031). Of the 2 dozen or so sets I built for fun last year, I’d have to say they stood out the most.“ 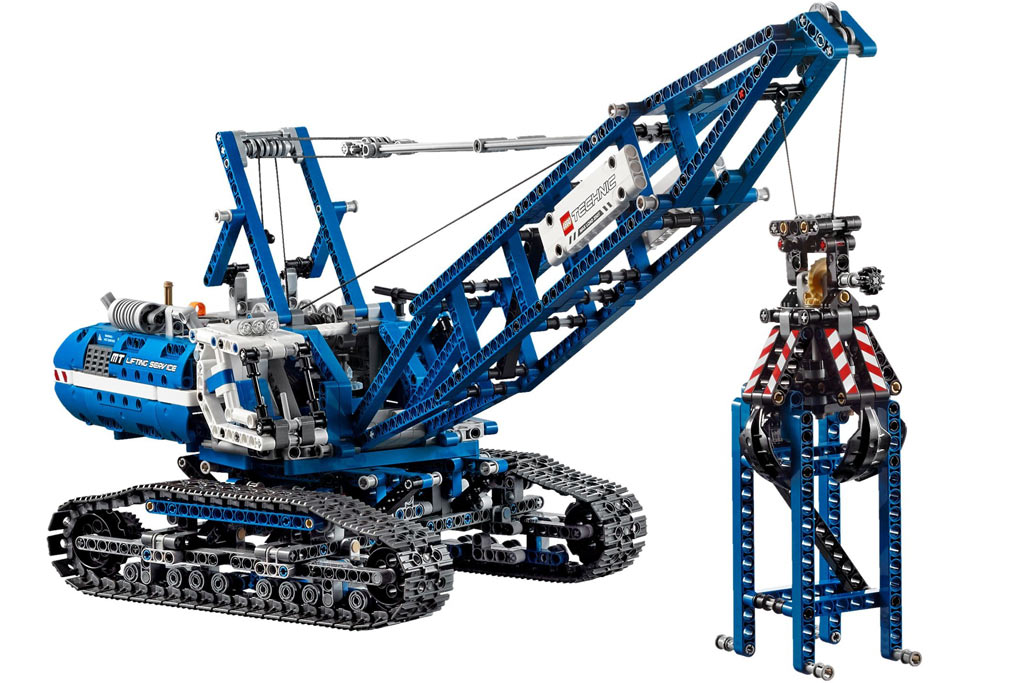 If you are an AFOL and visit an exhibition like the Skaerbaek Fan Weendend, you will meet Jan: The link between Lego and the brick-community.

„I like many LEGO product lines and I usually build 50-60 new LEGO sets every year to get familiar with the new products, new LEGO elements and new building styles and techniques so deciding the best LEGO set for 2015 is for sure a difficult choice.

The LEGO set I personally liked the best in 2015 is the LEGO Ideas #21303 WALL•E. The reason for my choice is that I like the movie a lot and I feel that the LEGO brick version of WALL•E looks great and so cute – almost like the real one. The LEGO model has many cute features and it is a very nice building experience, which not takes too long but ends up in a really detailed and playable model. In addition, I think it is cool that this LEGO set is based on an initial AFOL design.“

Huw is the mastermind behind brickset.com. And if you like, check out his fantastic City Layout. It is also fun, to talk with Huw about Lego and MOCs. 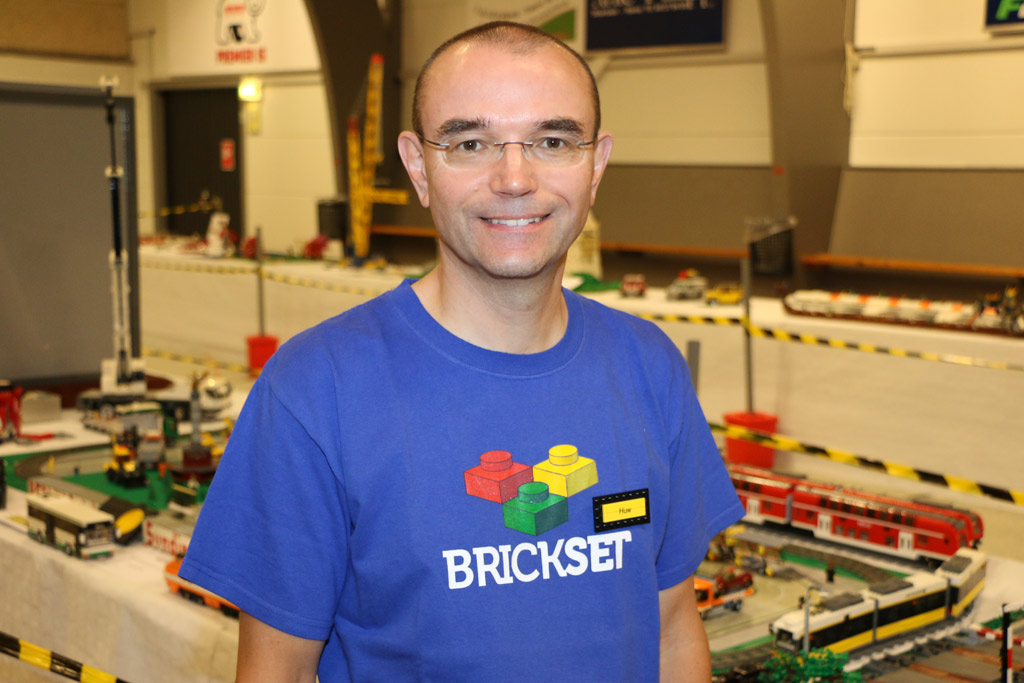 „My favourite LEGO set? It’s tempting to pick something huge and impressive like Kwik-E-Mart but actually I think the set I’ve had most fun with this year is Creator 31031 Rainforest Animals. It’s a great looking model, the defecation mechanism is hilarious, and the alternative models are impressive, particularly the ‘unpublished’ peacock. It’s everything a LEGO set should be!“ 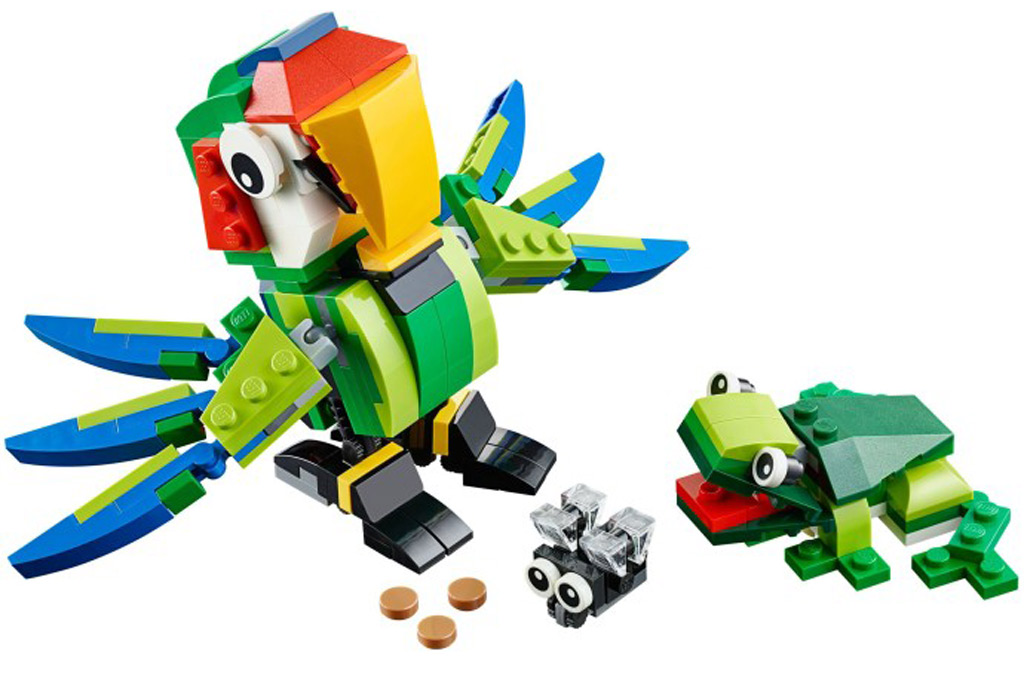 If you use eurobricks.com, you will run into Justin: He is all over the place. A real Lego maniac with an interesting YouTube-Channel.

„My favorite set of this year is the Kwik-E-Mart. Ever since my childhood, my favorite sets would be LEGO „buildings,“ whether it’d be houses or stores. But, LEGO has been so slow at releasing those types of sets. The Kwik-E-Mart is the ultimate LEGO store- it captures a modern look that even the modular building stores can’t capture, and it’s based on one of my favorite shows, The Simpsons. The set itself has such a wide variety of pieces for a great price as well, and it looks fantastic and iconic on display.“

Gábor was such a great exhibitor at the Zusammengebaut 2015. His MOCs are amazing, please check out his YouTube-Channel.

„One of my favourite activity with Lego is making own alternatives for small Creator sets. But in 2015, this small sets weren’t strong enough to find a fav one among them. So I guess, my fav is now a City set, the 60083 Snowplough Truck. The name of it is ‚Truck‘, but everyone knows, that it’s a Unimog. I think, it was really successful, how the designers captured the spirit of a real one! And it has a great colour scheme!“ 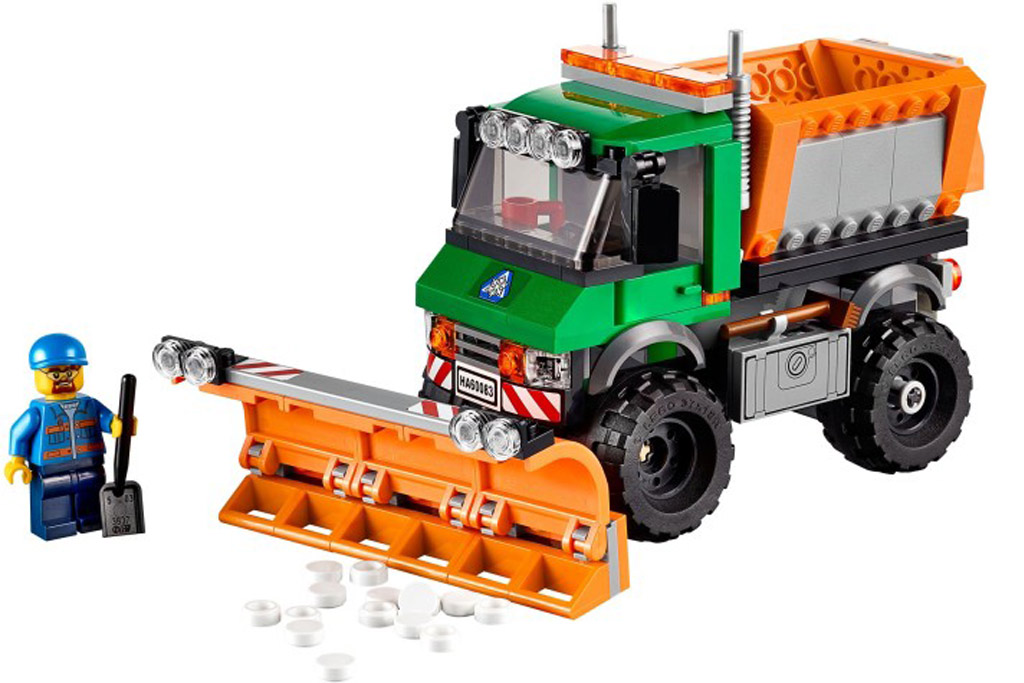 Stephan is one member of the Skærbæk Fan Weekend steering team: What a fantastic happening! And he also builds awesome MOCs (with wheels).

„The best of all sets of 2015 is the supercar of the 80’s, the Ferrari F40 #10248. The car looks brilliant. The real and the bricked one. To see how close the designer came to the original, you have to see the photos of the boxes side. It shows both versions from the same angle. And from a short distance you can’t see the difference. The set has a sticker sheet, but you don’t nessecarily need them. Many smaller Ferrari sets look totally stupid when you do not attach the stickers, but not the F40. It is big enough to allow to build all the iconic details. All the air intakes are real holes in the chassis. Except of one top of the engine cover. The engine cover can slide upwards to let you see the powerful and detailled engine. And if you want to take a closer look at the turbocharged V8 engine, you can dismount it easily. Yet there are more things to be moved. The doors could be opened and you could check the interior. The front cover also swings up and the trunk contains a tire repair kit! Of course, if you are super rich and have a flat tire, you will definately repair it by yourself and not call somebody to pick you up. But still a lovely detail, like the working flip eyes – so iconic for the 80’s.

Let’s do a summary. Design: awesome! Using of fancy building techniques: quite a lot. Number of details: really a lot. Price/piece ratio: it’s a creator set and even with the needed license, the ratio is very good with 1158 elements. Playability: surprisingly great. The usage of technic elements makes this one very stable. Now go ahead you cool LEGO sets and try to beat the Ferrari F40!“ 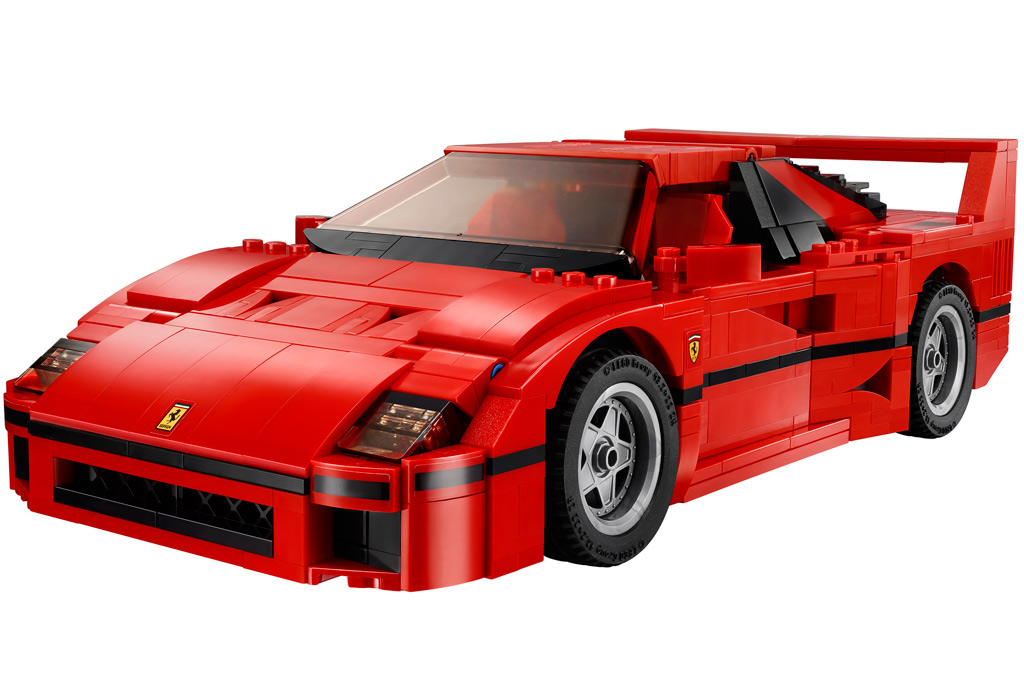 Thank you all very much! Brick on.