We have asked the LEGO experts: Which has been your favorite set of the year? Answers of LEGO Designer Jamie Berard or Huw Millington, founder of brickset.com – part 2.

We have asked the LEGO experts: Which has been your favorite LEGO set of the year – and why? Here are their answers: Best of 2016, part 2!

Jamie is Design Manager for LEGO Creator Expert and LEGO Architecture and responsible for most of the modular buildings and so many more amazing sets.

„My favorite set of the year is a tough one because there are still ones that I’ve asked for that I really can’t wait to build. However, the Disney Castle 71040 is really a standout this year:
– It’s massively impressive to look at
– It has great details in and out
– It has clever building techniques like the floor in the atrium, lamps and furniture throughout
– It has wonderful little stories throughout.“ 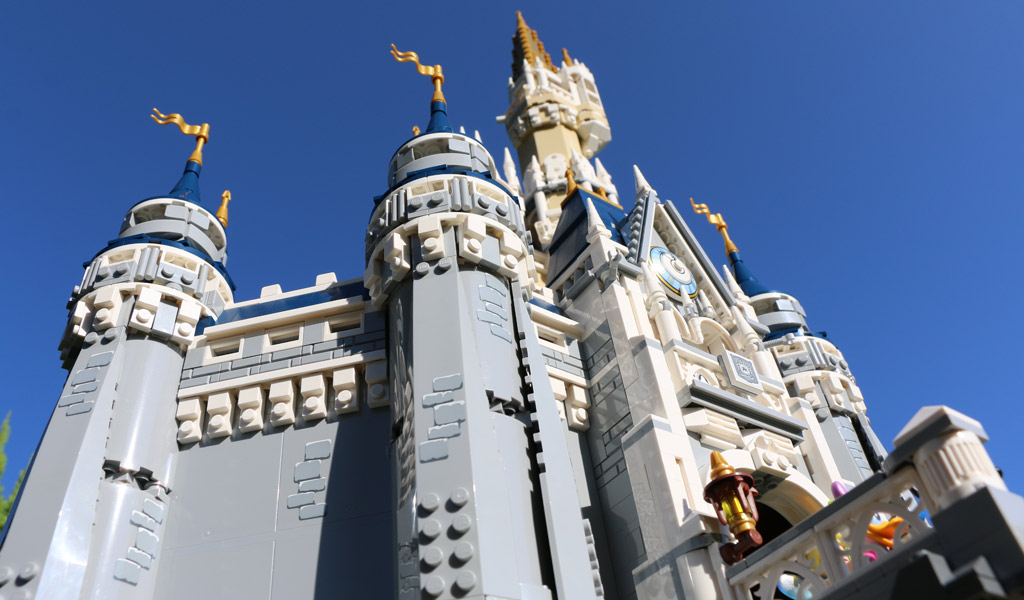 Kevin is LEGO Market Integration Manager for Marketing & Open Innovation and I met him for the first time at the Skaerbaek Fan Weekend this year.

„The Volkswagen Beetle 10252 was by far my favorite LEGO set of 2016. It was an incredibly fun build with a wonderful allocation of the Dark Azur colored LEGO elements. The completed model was gorgeous, fun to drive along the desk and iconic.“ 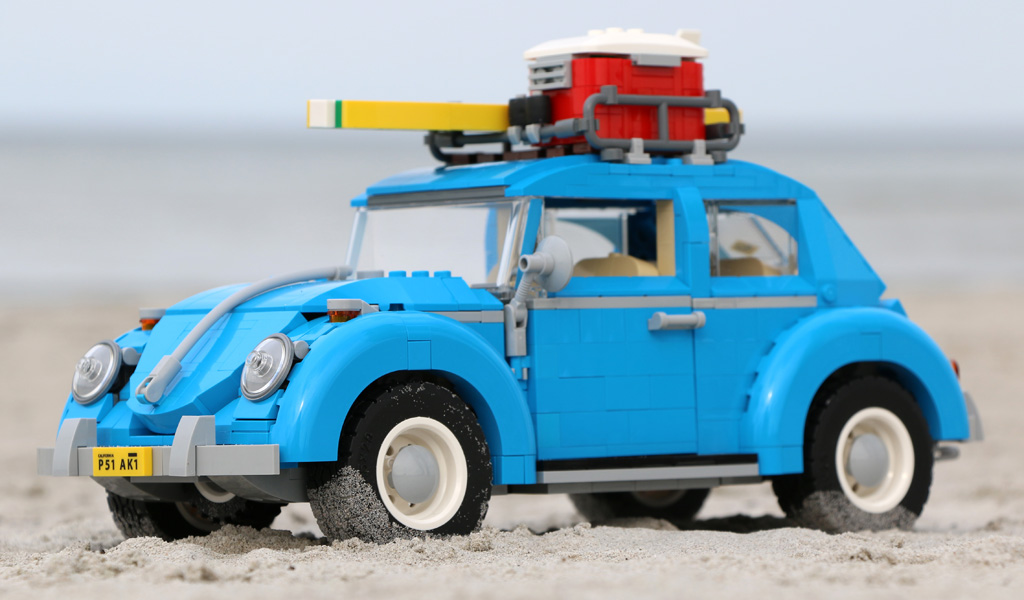 Paul is LEGO Community Manager, Americas Operations and Community Engagement, LCE and we have met in Skaerbaek, too.

One of my favorite sets to build this year was set Volkswagen Beetle 10252. My family had one when I was little and I thought it was the coolest car. Unfortunately I missed out on the UCS set a few years back. This beetle I believe is much better because it has a ton of detail with the cooler and surf board and some really awesome play features. In additional this set came with some cool printed tiles and additional features such as the spare tire under the hood and the engine in the back. Great addition to the VW Bus 10220 and Mini Cooper 10242.

Kim is Community Manager for Operations & Community Engagament and responsible for recognized LEGO fan media like us.

„My favorite set of 2016 is the Batman Classic TV Series – Batcave 76052. Simply because it is a great build with some awesome techniques used – as in the Disney Castle, but this one wins also on nostalgia. I love the classic TV series and I’ve even purchased the original soundtrack on LP vinyl and the entire TV series on DVD. In my opinion the real Batman is Adam West and only recent Batmen (?) like Christian Bale and Ben Affleck are providing acceptable interpretations of the Bat Man that come close to the exceptional character play by Adam West.“ 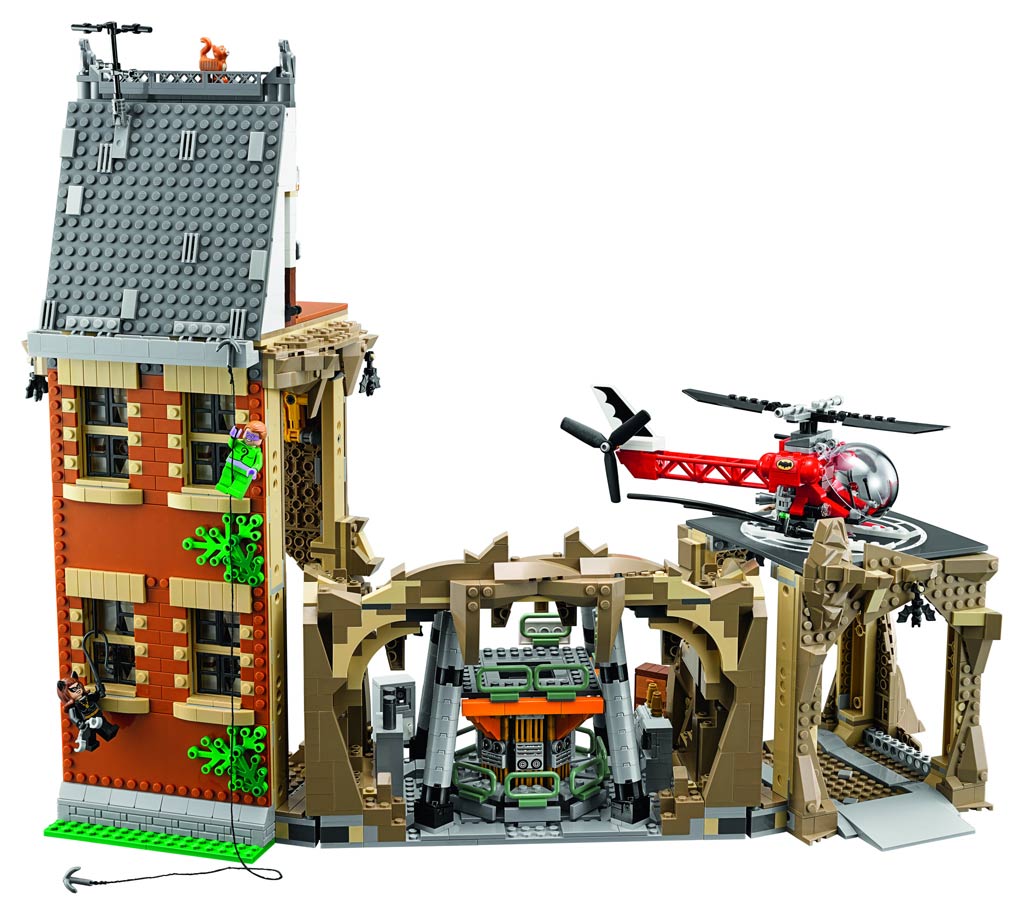 Huw is the mastermind behind brickset.com, the best LEGO resource in the web.

„Normally, picking a favourite set of the year would be a case of looking at the D2C exclusives and picking one, but many of them this year have been disappointing or not appealing to me personally. I’m therefore going to look further afield and choose a set that really impressed me: LEGO Technic Claas Xerion 5000 TRAC VC 42054. It packs in so much functionality into its relatively diminutive size and aesthetically the designers have done a terrific job of nailing the look of the real vehicle. The logging arm is a bit superfluous, but remove it and you’re left with a model that’s a great build, fun to operate and a joy to behold – everything a good Technic set should be.” 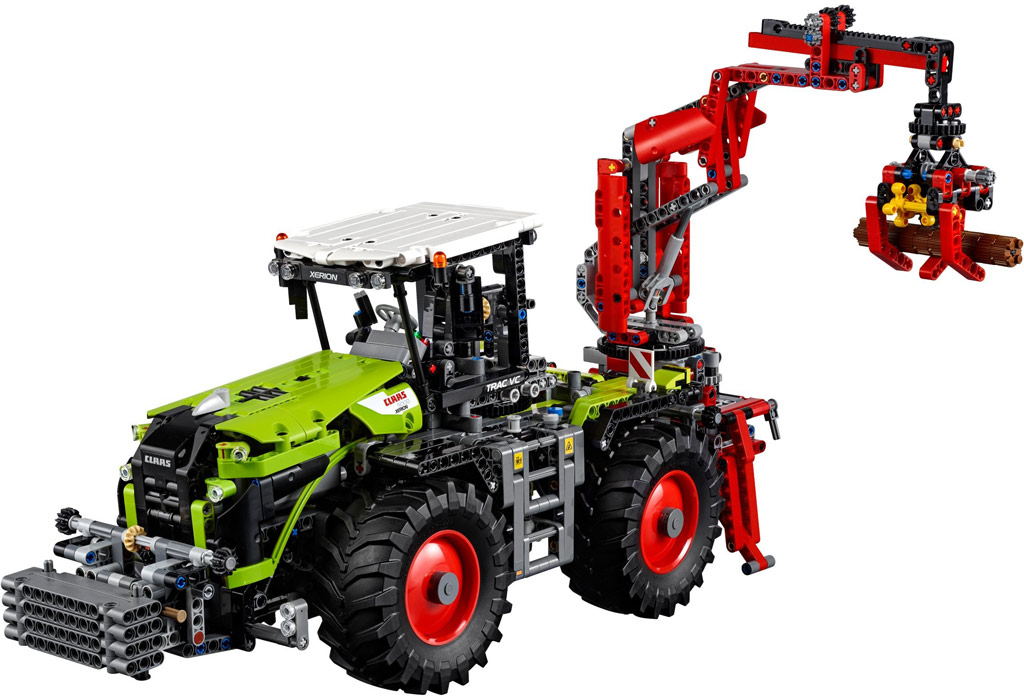 „My favorite set in 2016? This is a tough question. So many amazing sets came out this year, I am spoilt for choice. The Disney Castle and the Brick Bank, just to mention the first two sets I have in my mind. What an effort! Those are designed by the two best LEGO designers, imho. But with all due respect, I must confess I fell immediately in love with a lot smaller set: the Misfortune’s Keep 70605. I am not a Ninjago guy… at all. But this set: Wow! there’s something that drew my attention from the very first moment I saw it. The propellers I think. And all those dark orange and reddish brown pieces. It seems like coming out of a Studio Ghibli movie (I am a big fan of Miyazaki’s). You watch it and you ask yourself: how could it possibly fly? But that wreck look is just perfect. The minifigures are quite something, especially the bad guys: the most detailed printed parts I’ve seen so far (only the Rogue Ones minifigure are better). And the cherry on top? That monkey! I haven’t bought it yet, but… there’s still time till the end of the year!“ 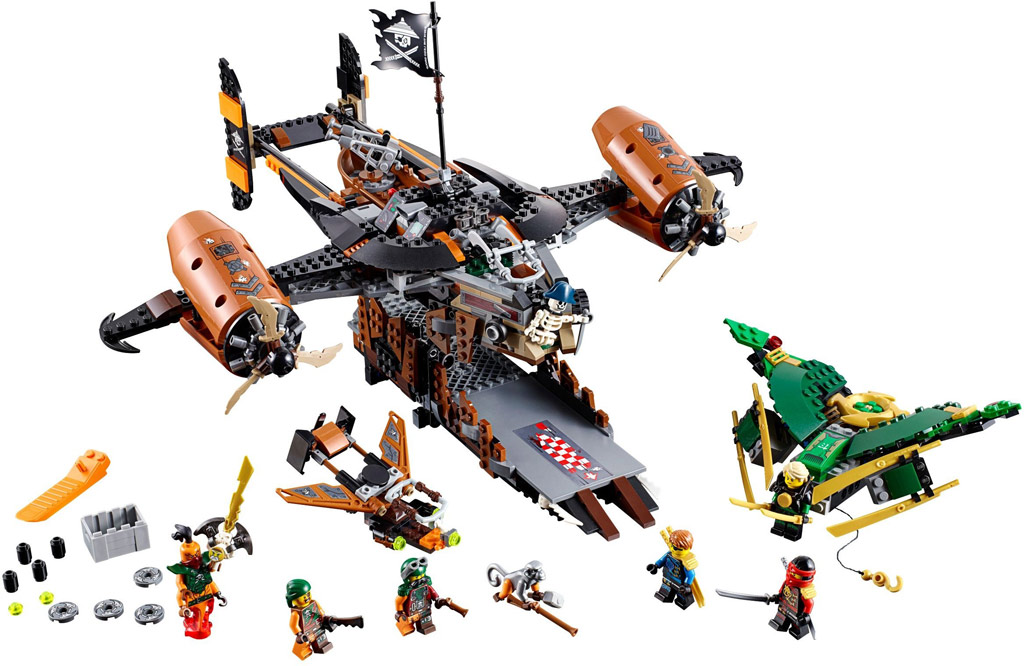 „My favorite set of the year is the Disney Castle 71040. I think it is gorgeous and big, so lots of hours to build are fun. As disney fan it brings me back to my childhood, and I hope more disney minifigures will be coming in 2018, as we already know that won’t happeen in 2017.“ 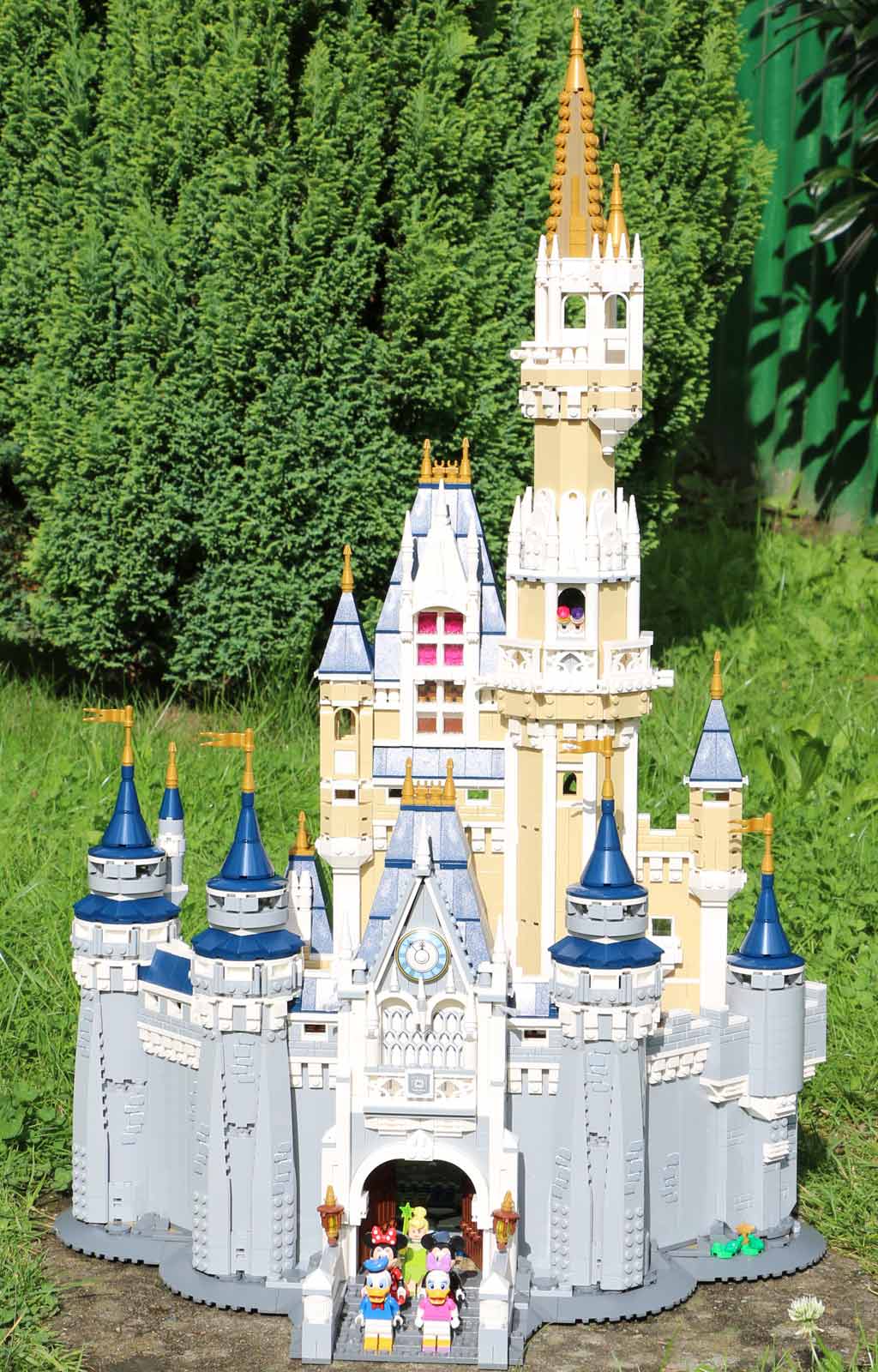 „There are a lot of good candidates in 2016. The Technic Porsche 911 GT3 RS 42056 is a true masterpiece. Big. Really big! Working steering wheel paddels to shift gears! Truely insane. LEGO Ideaa is always a good source for great sets. The latest one is surprisingly not a car but still one of my favourite one. It’s yellow and according to the introducing video it is very fast. The predecessor is also superfast, superyellow and supercool. The Caterham seven 620R might not have the fancy technic features of the Porsche, but on the other side it doesn’t have so many holes in the body. I was tempted to vote for set 71238, but somehow it’s not set enough. It’s the LEGO Dimension Doctor Who Fun Pack with a Cyberman minifigure! I love the cyberman and I’ve already bought several boxes just to get at least a tiny army of them. But still, not really a set though. My favourite set of 2016 is a car and it is yellow, but it is small. Very small. It’s simply called Rally Car 60113 and this is precisely what you get. Set 60113 with just 99 elements and a tough driver minifig. Nothing special you say? I think it’s great, because when you look at it, you just know that it must be very powerful. The proportions are way more realistic compared to the more expensive Speed Champions. Yes, it comes with a lot of stickers, but it also works perfectly without them. It’s stable and has great playability. All this makes it fantastic, but there is one more killer-feature: printed tiles for the additional headlights! They are gorgeous! They are looking mean and are saying ‚lights‘. Honestly, how could it be any better? The only way to make it better is to put a Cyberman inside and delete all opponents in your way.“ 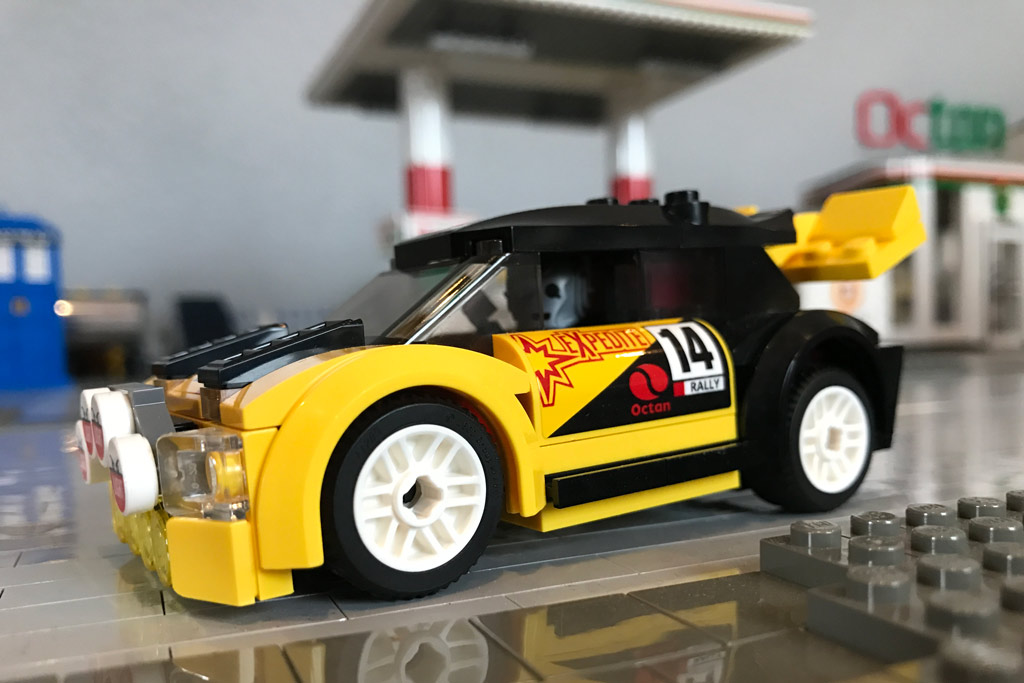 ➫ LEGO Sets 2016: Part 1 in German with LEGO Community Manager Jan Beyer, Rene Hoffmeister of Design in Stein and others!